How We Design the Monsters 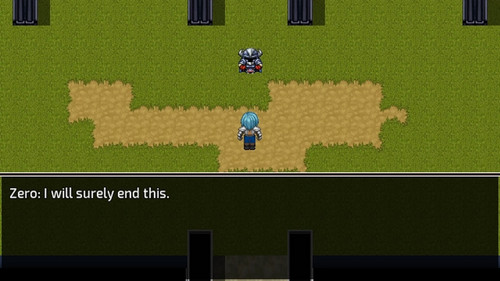 Good day, everyone! I'm here with another devlog for our design choices in Song of the Bereaved.

This time, I'm going to tell how we design the monsters, both for the enemies and the allies.

First, we start with the enemies. A game jam has a short development time, yet, we'd like to give some challenges to the players. Our common formula for designing the enemies is to have them excel in one thing. For example, if we have stats for speed, then we'd like to have a type of enemy that is fast.

So, based on the stats we have in Song of the Bereaved, we decided to have 3 types of enemies; Speed, Tank, and Attacker.

Then the artist started sketching. Some other key points are; that the enemies need to be corrupted; the features need to be able to be seen from the side view.

Here's the artist's rendition based on the decision above. 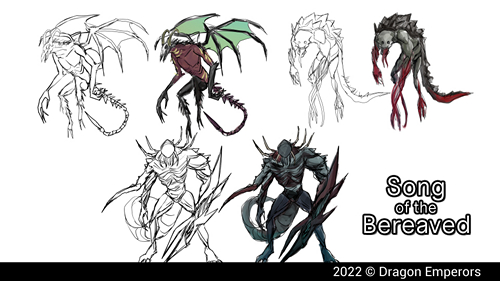 All of them look corrupted and definitely dangerous. Players should also be able to tell the specialty of each monster. And all of them would have different silhouettes when they got made into sprites.

We then decided the type of the familiars the same way as the enemies; speed, defense, and attacker. The differences are that the familiars will have animal features that represent their types, and also the features of the main character.

There is no artist rendition yet, but I'll be sure to keep you updated.

It was a great learning discussion for all of us on the team, and hopefully, you can learn a thing or two from this.

Thank you for reading, and don't forget to check out the game!

See you on the next blog!

Get Song of the Bereaved

Song of the Bereaved

An RPG following the story of a hero to defeat a corrupted sentient weapon. Death is not the end.