Some forte masters were and still are related to the kingdom, nourishing the relationship between them, while some others would help the kingdom if they were really needed. This is why some fortes don't have any establishment inside the kingdom directly under the supervision of the masters. The champions, hierarchy position right below master, could make an establishments inside thee kingdom but not all of them known by the masters. The champions skills mostly only slightly below of the masters, if not the same, so new and old students alike could still learn a lot from them. The masters would teach people who found them and ask for their guidance or people who were guided by the champions to them.

In this devlog, we will introduce the Artillery Master and the Sapper Master. 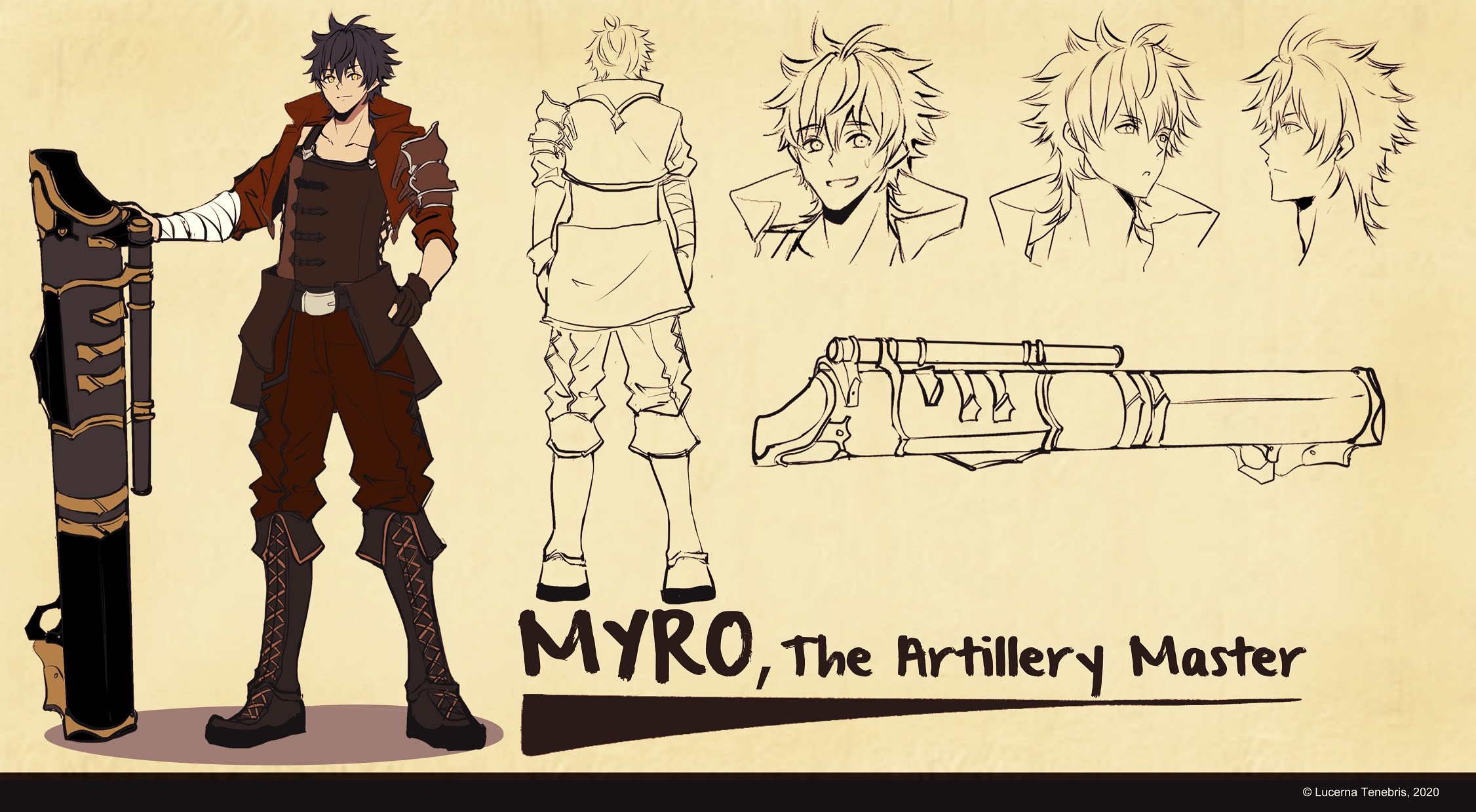 Myro is a cheerful and easy going person, he'd look at things from the bright side. Hailed from a craftsman family, he crafted lot of weapons and has been his passion since forever. Some would say that his love for weapons is a bit extraordinary, to the point where he calls his creation as his own child. The master before him granted him the title because he's quick to master any kind of ranged weapons, and even then, he's so skillful that an ordinary objects could be a weapon in his hands. 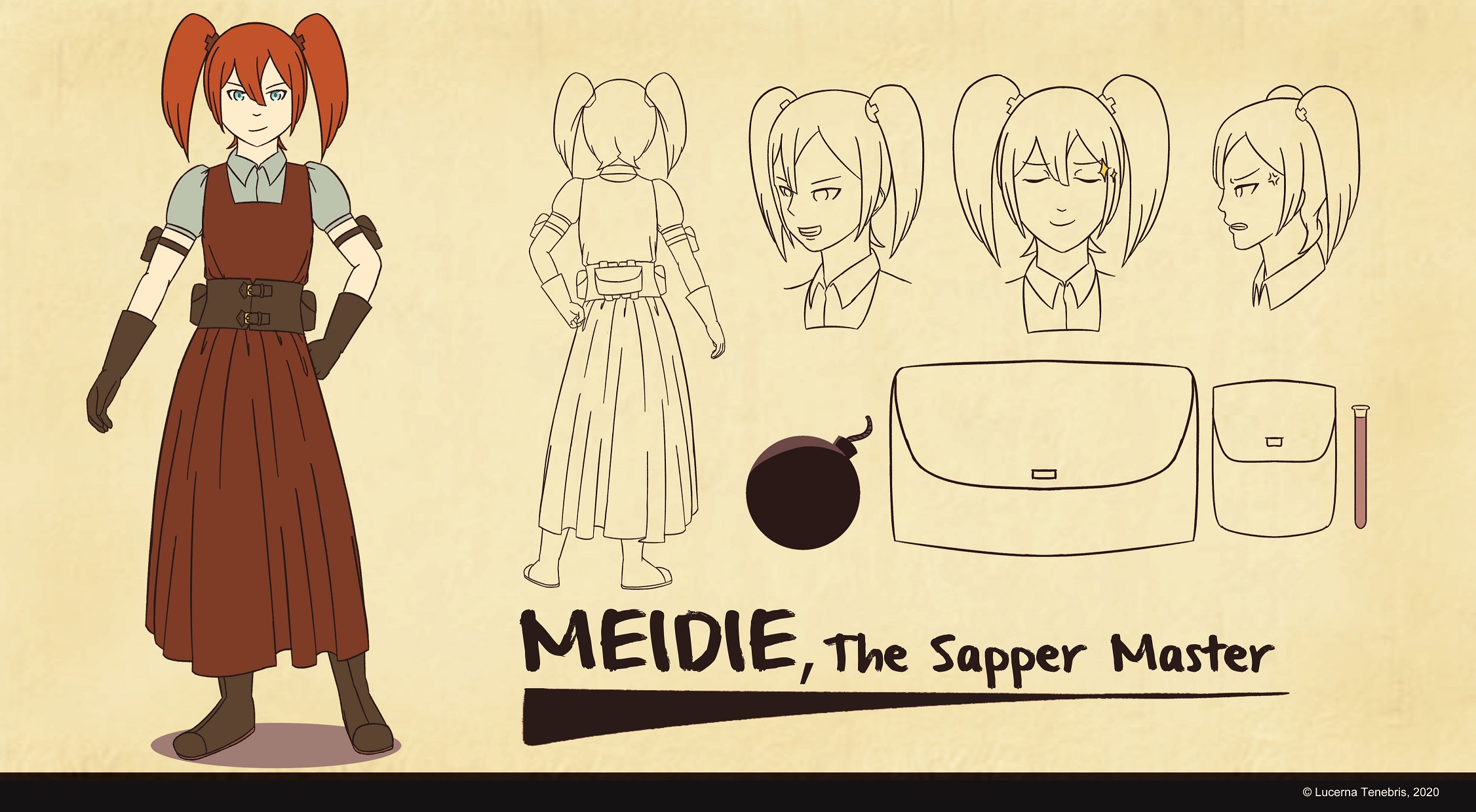 She was one of the champions before getting the Master title. Her predecessor died of sickness and didn't have the chance to appoint the next Master. On the will the master left behind, he told the champions back then that Meidie, even though she's the youngest, was the most worthy of the title from all the champions, but he also said to hold a competition to pit all the champions if any one of them doubt Meidie's skills and ability. Competition was hold and Meidie won with satisfying result, therefore getting her the Master title. Even though there are still other champions asking her to compete with them again, they acknowledge her worth.

Although they haven't been added to the game yet, they will appear in the finished game, either for the players to learn skills from them or to duel them.

Next week, hopefully, we will deploy the new update containing new looks for the game, stay tuned!