The first generation Forte Master title was given by the king to the people who took down the colossal monster back in the war around 300 years. Even though they might not have tie with the king or the kingdom itself and the deeds they done were voluntary, the title was granted to honor and to recognize them as heroes and the strongest of their forte. They were then expected to achieve great things, and so the generations after them.

In this devlog, we will introduce The Vanguard Master and The Witchcraft Master.

Sarge, beside having the title of master, is one of the high-ranked general in the kingdom's army. He is excellent at combat due to his above average physics and abilities. The army has acknowledged him from his younger days and promoted him to one of the top brass who lead a platoon in his teenage years. Trained and cared by the previous master since he's part of the royal family, but isn't a successor since he was the child of one of the concubine. He looks serious and distant but actually a soft heart person. He pledges his loyalty to the kingdom and the kingdom only as long as his principal isn't challenged. 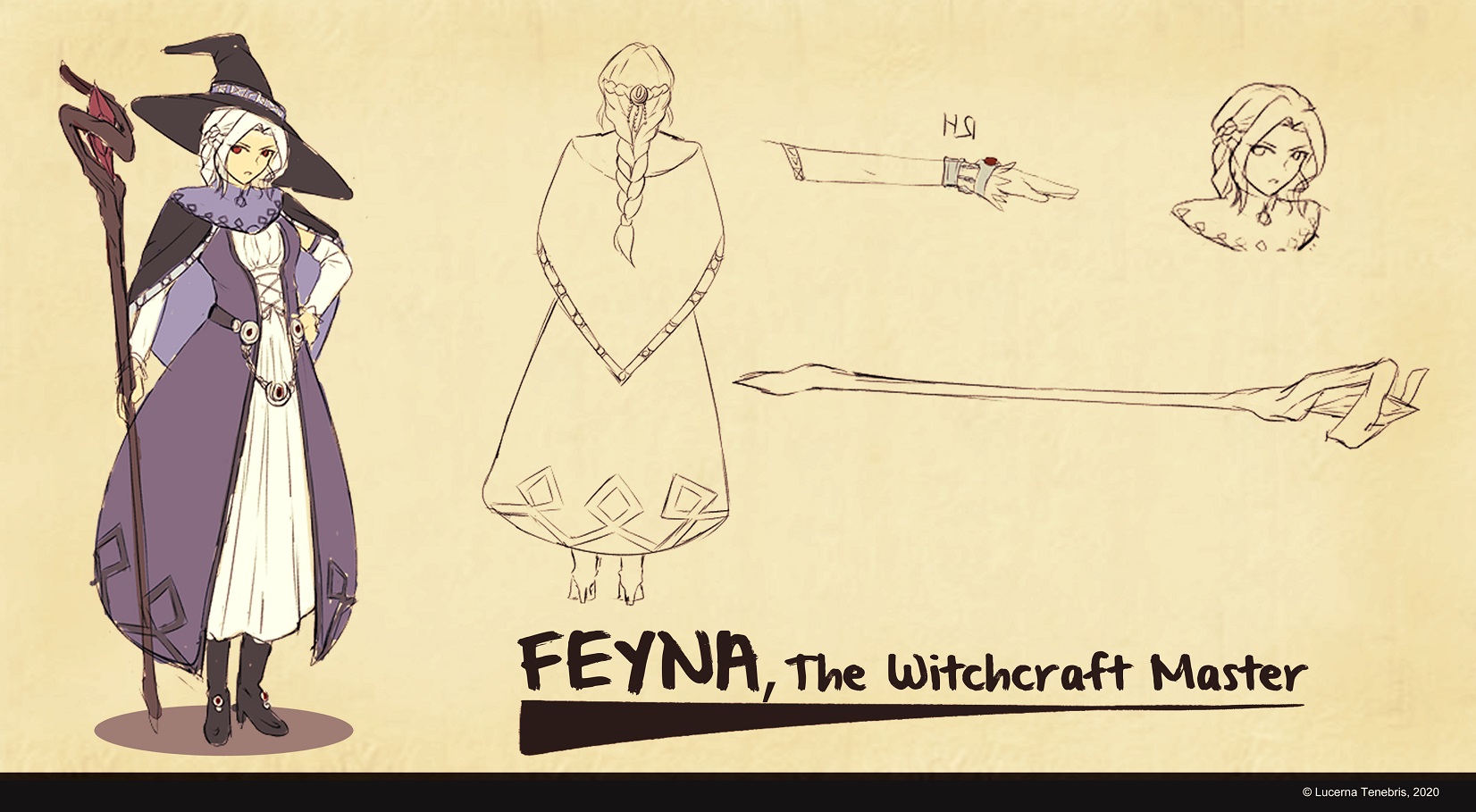 Feyna hailed from a little village, lived with her parents and her elder sister. Her white hair and red eye was considered odd by the children on her village and she was bullied because of it. But, every time, her sister would come and cheer her again. The wizards scouted her, told her parents that she got a great potential for witchcraft, therefore she was took by them to the capital and learned from the master there. She was indeed skilled as she could took down an energized monster when defending the kingdom when waves of monsters attacked back then. One day, she heard the news of monsters coming to her village. She traveled as fast as she could but the village was already destroyed, along with her family, when she arrived. Guilt and anger overcame her as she swore to purify the world from the monsters. Undoubtedly, this brought a great improvement to her abilities as she was recognized the same level as the master. She was then given the title of the master when the previous master suddenly vanished, since all of the other champions agree they still needed a leader figure for the Witchcraft forte.

Although they haven't been added to the game yet, they will appear in the finished game, either for the players to learn skills from them or to duel them.